As above mentioned, the good conditions for breeding and high-quality breeding material must be followed by the same quality team of people providing the run of the breeding operation center. The members of this team are: 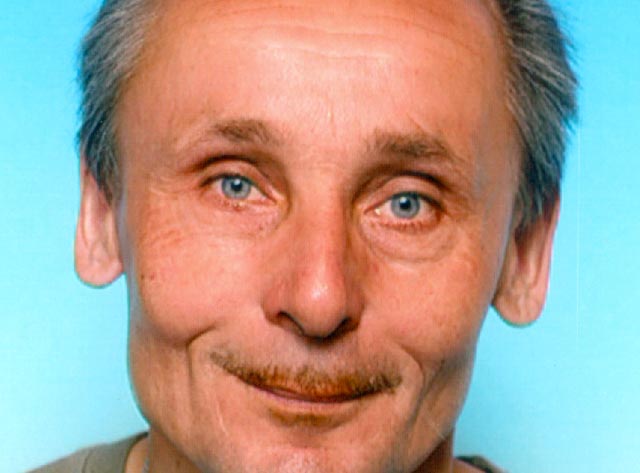 Ing. Karel Dvořák – the leader of breeding
The Central Bohemian patriot Karel Dvořák was born in Melnik on September 12, 1953. From his childhood he was fascinated by the world of horses, which afterwards affected his education and especially professional life. After he had graduated from grammer school in Mělník, he finished his studies at Czech University of Life Science Prague – the subject of livestock specialist. After graduation he joined as a livestock specialist the State Farm Veltrusy in 1979, which at that time was a major breeder of racehorses . From 1980, he worked as the manager of horse breeding, where he remained for eight years. In 1987 he accepted an offer to establish a racehorse breeding for VDP Neratovice in Mlékojedy. During a few years they managed to build a highly regarded breeding center, which was in 1992 transformed into the stud Mlékojedy in 1992. He was responsible for the management and organization of horse breeding in Mlekojedy until 2007. After such a long activity in breeding Karel started to feel the need for a change and for that reason he joined as a manager of racehorse training center the Agro Byškovice. He finished his training activity in 2011 and subsequently worked as a racecourse manager in Lysa nad Labem. His high-quality breeding work has been seen in Gorgonia, the best sprinter of the year, SEN, a top class two-year-old horse, and Galimed, the best Slovak two-year-old horse. Sord, the great speelechaser, attracts the attention as well. The respectability and especially the vast amount of experience of Thoroughbred breeding were the main reasons for the cooperation from the party of the DARHORSE center. One would say that Karel´s return to horse breeding closed the imaginary circle, but according to Karl it is a new beginning and his great motivation is to achieve European competitive breeding, which was impossible in the previous unavailable conditions. 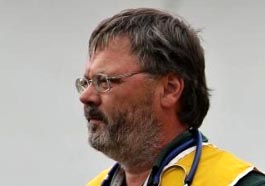 MVDr. Mojmír Dvořák – the collegue and veterinary supervision
MVdr. Mojmír Dvořák was born on 26th July, 1957 and spent his childhood in Brno. Due to the permanent interest in animals, after graduating from high school his logical choice was to study at the College of Veterinary Medicine in Brno, today VFU Brno, where he graduated successfully in 1982. After finishing his compulsory military service, he worked as a district veterinarian in the district of Mělník. He held that post from 1983 to 1992 and subsequently went into the private veterinary practice. Based on his personal preference he became to be gradually specialized on the issue of horse breeding , which he has been devoted intensively since 1985. In the early years it was more or less about the scattered warmblood breeding, but gradually it was led to an interest in the concentrated breedings of Thoroughbreds . Many years of the practical veterinary surgery held at the stud farm Mlékojedy and the breeding in Agro Byškovice is, in our personnal opinion, a sufficient guarantee of Karel´s expertise. The big advantage is the fact that his few kilometer distant residence allows the execution of urgent veterinary surgeries in a matter of a few minutes . 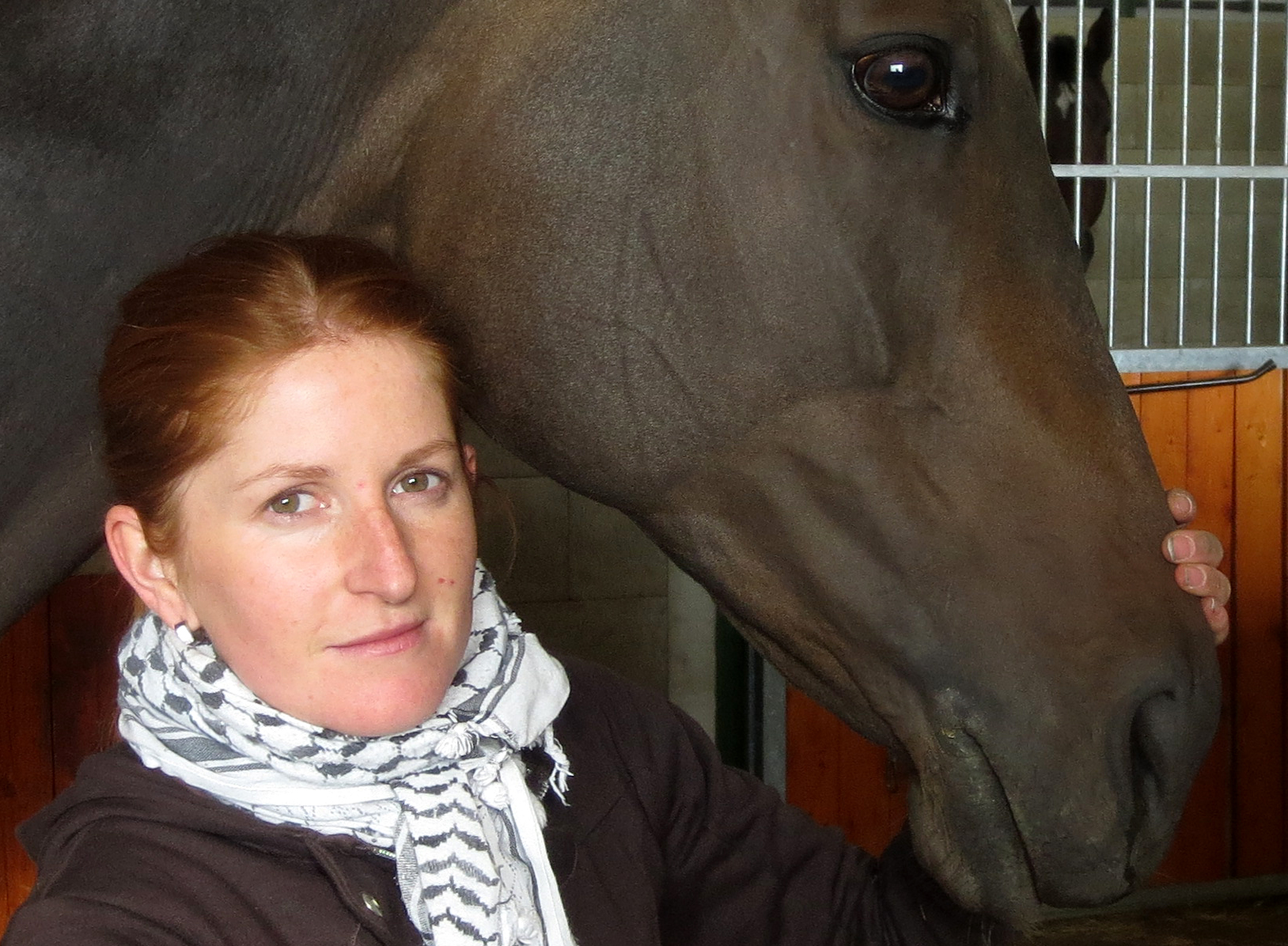 Veronika Lukášková – the head of Administration
Veronika was born on August 11, 1983 and is a member of the " horse Dynasty“ Petrlík. Her grandfather Harry Petrlík was a very successful racehorse trainer, inter alia, trained Lancaster, the Winter of the Velka pardubicka steeplechase and all the horses prepared by him won all the classic races except a derby. Veronica's uncle Allan Petrlík has belonged to the domestic top trainers the number of years and is in charge of the preparing of the ambitious horse stables Rabbit Trhový Stepanov. Veronica 's father Harry Petrlík is a longtime horse trainer and a former successful racer who spent such a long period working in Slovakia and Austria. Veronica´s mother Alena Petrlíková was a very successful amateur rider, who achived to win the EC of amateur riders. In the spirit of family tradition Veronika graduated a racing course in Chuchle in 2001. After successful finishing of studies at the Business Academy in Prague, she joined the Center of the Austrian trainer Gerardo Martino. At that horse trainer she worked in the period from 2002 to 2006 and learned to be a professional racehorse rider there. In that period she ran over 150 races in Ebreichsdorf, Freudenau, Bratislava, Senica and Chuchle, three of which she could win. Her starts in Austria Preis and Graf Hugo Henckel Preis can be considered as the highlights in her riding career. In 2007, she moved to his uncle Allan Petrlík, where she was employed as a work rider . In 2008 Veronika went on a maternity leave and then in 2012 she started to work as a officer for the Services Administration Hall in Prague. That job lasted two years and took advantage of her second business-administrative education. Veronica desired to combine both professions for a long time and we are pleased that she managed to fulfill that desire within the work team of the DARHORSE center, where both her professions have been applied . 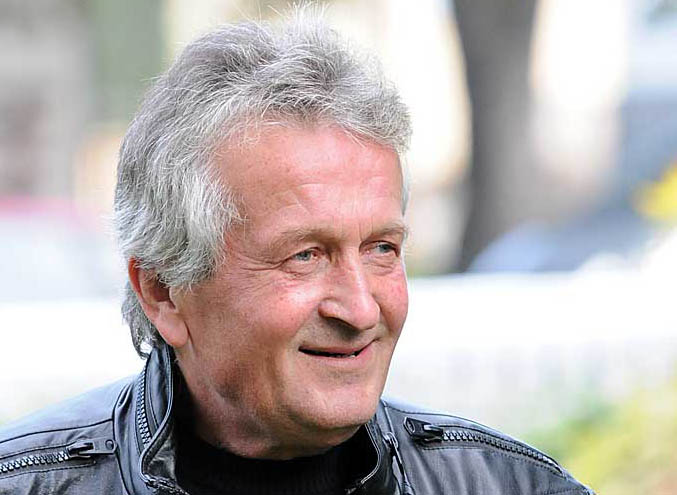 Zdeněk Koplík, Sr. - the organisation of breeding and feeding
Zdeněk Koplík was born on December 15, 1948 in Kroměříž. From his earliest childhood he moved around horses, which were a lot on the farm. From the age of eight he learned to ride in the riding club Jiskra Kroměříž. As a fifteen-year-old boy he finished his first official race over the straw fences in Tlumačov. During the stage of adolescence he gained his first experience with breeding horses in the stud farm Kroměříž, where he helped . He became a professional horse rider in Slovak Sale and then cooperated with the horse trainer Vinklárka in Kyselovice. In 1977 he accepted an offer to work as a professional rider in the newly established racehorse center Slušovice. After Václav Chaloupek had arrived, their long-term cooperation began. They started to specialize in feeding and the organization of a large stable. In 1988, after finishing a career of a horse rider, he worked as a racehorse trainer at the center Boleradice . However, the year 1991 marked the definitive end of horses at this resort. Zdeněk carried on the cooperation with Václav Chaloupek in Tochovice where Zdeněk Koplík worked as a deputy horse trainer and feeder. Since 1996 he helped to run his son's Zdeněk training center in Tušovice . We are confident that Zdeněk represents the best of the "old horse school" and his vast experience of running large stables, feeding and care of horses are very important for the center DARHORSE. 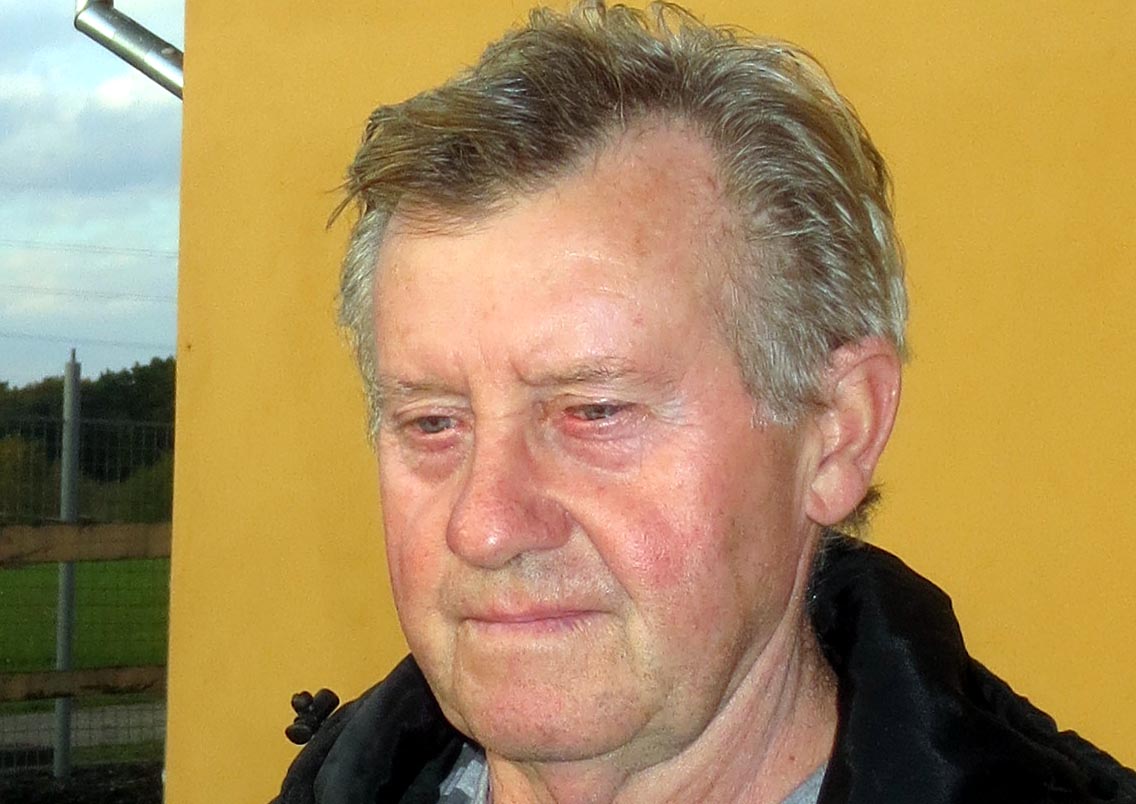 Arpad Magarász – a feeder and horsekeeper
Undoubtedly Arpad belongs to one of the most experienced " feeder " in the Central European region. His knowledge and experience can be successfully used in the preparation of rations in horse breeding. Years of experience are especially irreplaceable in the individualization of the rations and solutions for problematic situations. Only a few people in this area can boast such a comparable practice and the foreign experience. Due to a long stay abroad, Arpad faded out the consciousness of " horse " public but the older ones rememeber him as an extremely responsible and careful horsekeeper in Velká Chuchle and the leading Czech stables. Because of his experience he was highly valued in Germany, where he worked as a work rider, horsekeeper and feeder until 2012. We believe that Arpad´s many years´ experience and the detailed knowledge of practice in nutrition, supplementation and general care of horses in German leading racing stables are invaluable in the Czech conditions . 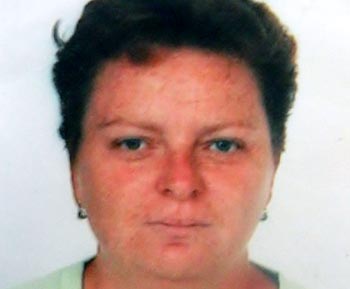 The above mentioned experienced team of the breeding center DARHORSE is completed with the team of six horse keepers.